WOW Folks this is getting crazy! More fall out from Minneapolis where now there has been Dozens of businesses looted or burned and at least five people were shot by other citizens on Wednesday night. The violent rioters also attacked police and firefighters, and busted out the windows of a U.S. bank with baseball bats. Businesses continued to burn well into Thursday morning.

New footage has surfaced that shows 3 so called Officers on top of the now deceased “George Floyd” this is just so horrible to see happen to any human being. This man did nothing to deserve this outcome to his life. Nobody deserves to have their lives taken over nothing. These now ex cops need to be held accountable, and made to pay for this horrific crime. Listen as Mr Floyd begs for his life. This poor man spent his last seconds of life gasping for air. While these so called men who are here to serve and protect decided to turn on the sworn duty they have.

There is nothing I’ve seen that has sicken me more than this in 2020… I hope that these men really pay for this crap.

Justice for this family these police officers are killing black men like animals🙏🏾. RIH #georgefloyd #justiceforgeorgefloyd

It was the second night of violence after the video went viral of the in-custody death of 46-year-old George Floyd, who died after now-former Minneapolis Police Officer Derek Chauvin who was a 19-year veteran of the MPD, knelt on his neck to keep him pinned down, even after Floyd appeared to lose consciousness.

On Thursday morning, Minneapolis Mayor Jacob Frey, who initially encouraged people to attend the anti-police protests, confirmed he had requested the assistance of the Minnesota National Guard, KARE reported.

On Wednesday, the police department identified the officers involved in Floyd’s arrest as former Minneapolis Police Officers Derek Chauvin, Thomas Lane who joined the force in 2019, Tou Thao, and J. Alexander Kueng who was hired by MPD in 2017, as reported.

BREAKING WATCH: Moment the 3rd precinct was abandoned by police. A police car is seen fleeing the protesters. This was moments before the police station was set on fire. #Minneapolis #minneapolisriots #MinneapolisRiot #GeorgeFloyd pic.twitter.com/c53GTIsqHq

Protesters have demanded the immediate arrests of all four officers involved, and to be honest I don’t know why they haven’t been charged with murder yet. But to Riot over this is a little bit much, and it shouldn’t ever get this far. Look at the tweet below here.

BREAKING NEWS: Massive fire at a Walmart in #Minneapolis amid riots. Multiple police stations are burning as 5 precincts have been abandoned.#minneapolisriots #GeorgeFloyd #MinneapolisRiot pic.twitter.com/JNfVl9bwyC 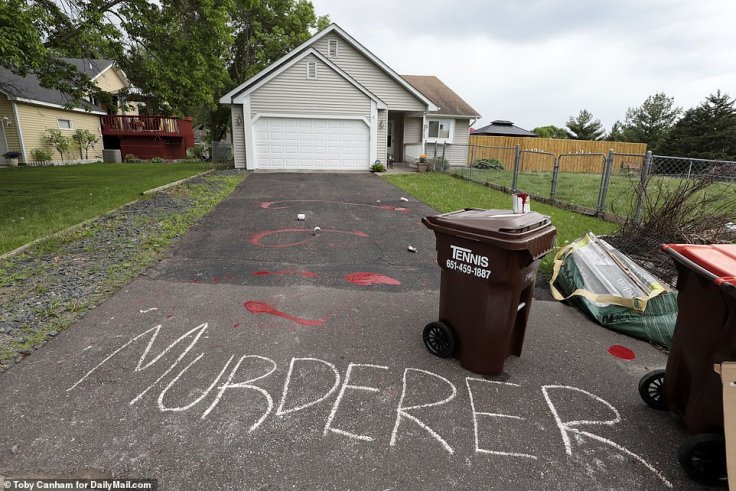 The angry residents wrote ‘A murderer lives here’ on the road outside the officer’s house on Wednesday night. Dumping blood-red paint, the demonstrators wrote the word ‘murderer’ on his driveway. Furthermore, a sign reading ‘People don’t kill people, cops do’ and ‘ACAB 20’ was erected at the edge of Chauvin’s property, reported the Independent.

BREAKING: During a protest in the wake of the fatal arrest of George Floyd, a fire has broken out at a Minneapolis police station.

BREAKING NEWS: The National Guard has arrived in #Minneapolis amid violent riots. Police have abandoned 5 precincts in the city. Multiple structures are on fire.#minneapolisriots #GeorgeFloyd pic.twitter.com/oZontkoJzj

Sat May 30 , 2020
Watch history unfold on Saturday, May 30, as NASA and SpaceX launch astronauts Robert Behnken and Douglas Hurley to the International Space Station. This mission marks the first time since the retirement of the space shuttle in 2011 that humans will fly to the space station from U.S. soil. The […]