“Peaceful protesters” huh? The Democrats call them that, and only cry foul when it hits their doorsteps… But we would hate to see how they would have referred to the actual Nazi who were burning the JEWS alive!? I wonder… But according to the acting commissioner of U.S. Customs and Border Protection, the “peaceful protesters”  in Portland, Oregon, as they are referred to by Mayor Ted Wheeler and Oregon Gov. Kate Brown have been using metal spikes to attack CBP vehicles in the city, according to the Washington Examiner.

What a disgrace folks… Mark Morgan tweeted out a picture on Saturday of dark spikes inside what appeared to be a federal law enforcement evidence bag.
Check this out, and he said I quote “Early this morning, metal spikes were used by criminals in Portland to puncture the tires of @CBP vehicles,” he said.

Early this morning, metal spikes were used by criminals in Portland to puncture the tires of @CBP vehicles. pic.twitter.com/X5viFLFGB8

Federal agents have been called into the city as city officials have basically told the Portland Police Department to stand down in the face of nearly two months of violent riots in the city. The federal agents were ordered into the city to protect the federal courthouse, which has been the scene of numerous violent protests over the past week or two. Some people are claiming without evidence that these officers, who some far-left Democrats have referred to as “secret police” have taken “innocent” protesters off the streets using unmarked vehicles. It should be noted that federal law enforcement officers such as the FBI, Secret Service, and others all typically use unmarked vehicles.

This violent lawlessness could end if @PortlandPolice were allowed to do their job! https://t.co/5djtIInEHX

These are the tools and actions of criminals. pic.twitter.com/FFoQVPyGMH

CBP officials did not respond to a request by Fox News for additional information on the number of federal vehicles damaged, nor whether anyone had been charged in connection with the vandalism. Morgan has been calling out “violent anarchists” causing mayhem in the streets of Portland, which has damaged federal property as well as injured numerous officers in the city. Democrats such as Wheeler and Brown have demanded that the federal troops be withdrawn from the city, claiming that despite the fact the city had already been in chaos prior to their arrival, the presence of federal troops was “fanning the flames of aggression.” They have also blamed the president for abuse of power, claiming it is an election year stunt.

Morgan disputed those claims and said that local officials need to crack down on the anarchists that are running wild in the city, and further took to Twitter to show how out of hand the situation in the city has become. He re-tweeted a video which appeared to show rioters utilizing power tools to saw through a perimeter fence around the federal courthouse. Morgan also highlighted yet another night of violence with rioters throwing rocks, launching fireworks, including launching of mortar style fireworks and lasers, and igniting a fire within the perimeter fence. Some of the mortar type fireworks have in the past been described as being similar to IED’s.

There is nothing “peaceful” about using power tools to saw through fencing. https://t.co/KwlZ16Fnr1

“These are not the actions of peaceful protesters,” Morgan wrote on Twitter. “These are the actions of violent anarchists who are looking to harm federal law enforcement and federal property. This violence must end. Local leadership needs to step up, denounce these actions, and regain order.”

During the evening’s violence a CBP officer suffered a chemical burn resulting from a substance thrown by rioters, one suffered a severe blow to his face from a hard object, and another suffered a possible broken bone.

On Thursday, the inspectors general from both the Department of Justice as well as the Department of Homeland Security said that they would be looking into the actions taken by federal law enforcement agents in Portland, as well as last month in Washington, D.C. Meanwhile on Friday night, a CBP officer received chemical burns as a result of being struck by a substance hurled from rioters, while another suffered a significant facial injury from a thrown object. A third officer suffered a possible fractured bone. These injuries are on top of an estimated two dozen plus injuries that have been sustained by federal agents. The federal government filed court papers on Tuesday which said that 28 federal law enforcement officials have been injured during the riots, with injuries ranging from broken bones to hearing and eye damage, as well as a dislocated shoulder.

Currently, there are 114 officers from among the Federal Protective Service, Immigration and Customs Enforcement, U.S. Customs and Border Protection, and the U.S. Marshals Service assigned to protect federal facilities in downtown Portland. In one case, the court papers said “The most serious injury to an officer to date occurred when a protester wielding a two-pound sledgehammer struck an officer in the head and shoulder when the officer tried to prevent the protester from breaking down a door to the Hatfield Courthouse,” the U.S. attorneys said in court papers reviewed by Fox News.

By now means evening the count however dozens of protesters and journalists have allegedly been injured in the violent riots. One man was hospitalized with a fractured skull when he was shot in the head with an impact munition, believed to be a rubber bullet while the man was holding a stereo above his head in the area across from the courthouse, according to the Oregonian. Another man was allegedly injured by federal officers when he was hit with OC pepper spray as well as impact weapons as he tried to speak to the officers, also according to the same paper. Want to make sure you never miss a story from Law Enforcement Today?  With so much “stuff” happening in the world on social media, it’s easy for things to get lost. 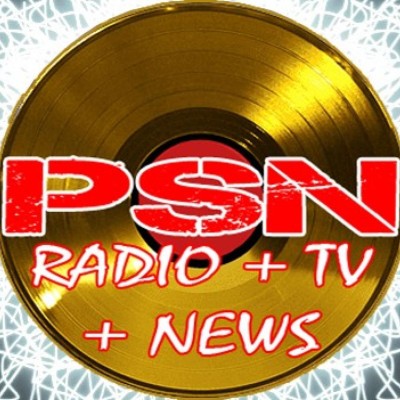 Sun Jul 26 , 2020
THE Queen’s nephew the Earl of Snowdon appears to have been a naughty litle Brit!!! Seems like he’s been placed in Jeffrey Epstein’s infamous little black book of contacts… Hmm now this could be nothing or it could be another major name coming out from the royal family who was […]